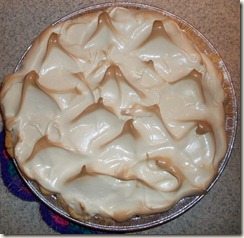 and the verdict on yesterday’s New Fashioned Pumpkin Pie.  This pie was very easy to make it gets a 5 stars for ease of preparation. Unfortunately it gets a 2 stars for taste.  This pie didn’t have enough spice.  If you like a pumpkin pie that taste exactly like plain pumpkin this is the pie for you.  As it is, it takes a lot of cool whip to eat this pie.

So I have never even heard of Sour Cream Raisin Pie but I’m always up for new things so I’m excited to try this out.

First thing you’ll need is a BAKED pie crust.  Make your pie crust poke a few holes on the sides and bottom with a fork and bake it in the oven until it is a nice brown color.  I baked mine at 400 degrees for about 12-15 minutes. 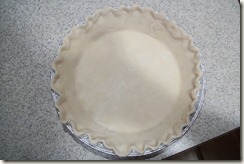 Then is a sauce pan you mix your dry ingredients together and then add all of your wet ingredients.  (Don’t forget to save your egg whites for the meringue) 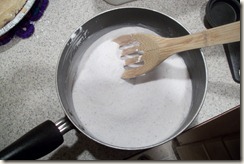 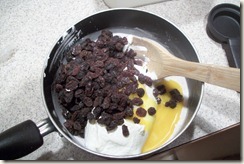 Cook the filling on medium heat until it comes to a boil once it is boiling you boil it for 1 minute.  Then pour it into your baked pie shell. 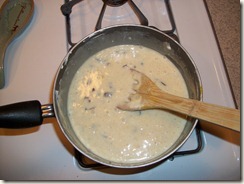 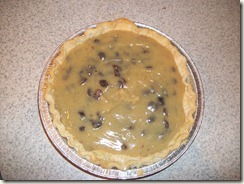 Now it’s time for the meringue.  This is my favorite part of this recipe because I have never made a brown sugar meringue before; and I LOVED how it turned out.  First you use a metal or glass bowl to mix your egg whites and cream of tarter until foamy.  Then add your 6 T of brown sugar 1 tablespoon at a time until stiff peaks form. 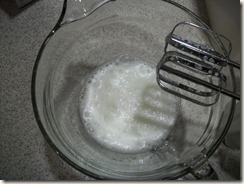 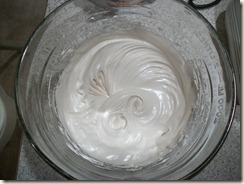 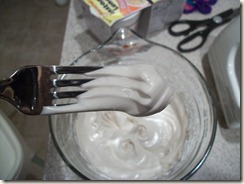 Pile the finished meringue on top of the filling.  Make sure the meringue touches the crust on all sides of the pie to help prevent shrinkage.   Then use the back of the spoon to make peaks in your meringue.  Place it in a 400 degree oven for 10 minutes or until it turns nice and brown. 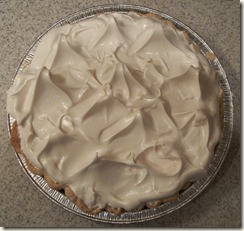 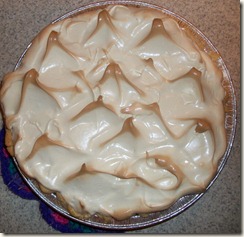 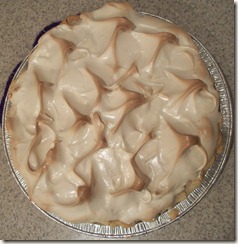 This pie gets a 3.75 stars for ease of preparation.  It was fun to try and different recipe but it’s hard to give it a taste verdict.  We ended up keeping this one because it’s so different I wasn’t sure who to give it to.  And truthfully most of it is still in the refrigerator as no one has really been brave enough to try it.  I would give the brown sugar meringue a 4.5 stars for taste we really liked it.  As for the filling it’s not like it’s bad, it’s not.  The problem is that we just don’t have anything to compare it too, since none of us have ever eaten this type of pie before. If I had to give it a star value I guess it would get a 3 stars for taste.  *FYI it’s a very rich pie.

Really interested to hear what you thought of this one?!
-Keely