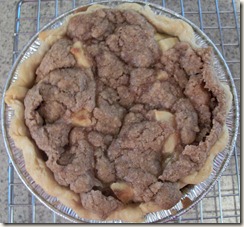 There isn’t a verdict for yesterdays Honey-Poached Quince Pie :( 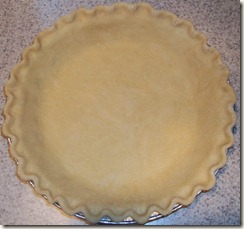 In a bowl you mix together your sugar, flour and salt.  Then you add the sour cream, egg and vanilla and mix until smooth. 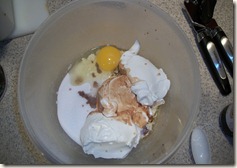 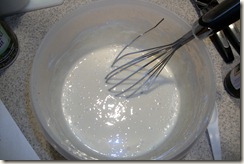 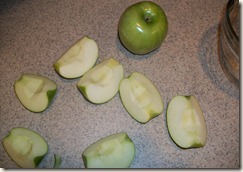 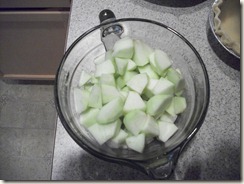 Add your apples to the sour cream mixture and pour it into your pie shell.  Bake at 425 degrees for 15 minutes.  After 15 minutes turn the oven down to 350 degrees and bake for 30 more minutes. 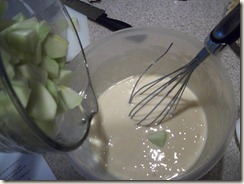 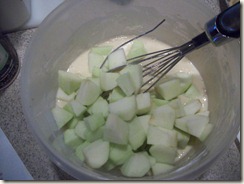 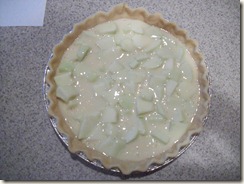 While the pie is baking for the 30 minute interval mix together your crumb topping.  Add your sugar, flour and cinnamon and give it a mix.  Then gently cut in your butter. Until you have course crumbs. 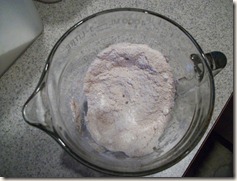 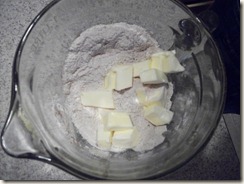 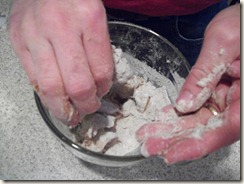 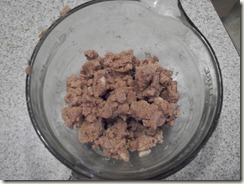 Once your pie is finished baking for the first 45 minutes add the crumb topping and bake it for another 15-20 minutes at 350 degrees.   Once it’s done you let it cool and then place it in the refrigerator to chill it before serving  then ENJOY!!

Confession so did you notice the man hands in one of the pictures?  That’s because I was really sick the last couple of days so my sweet husband made this pie and the maple pumpkin pie…what a sweetie! 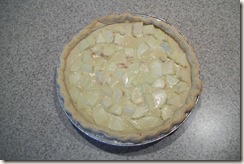 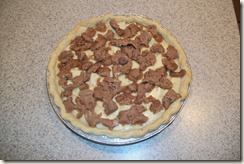 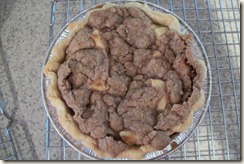 This pie was very different from any other apple pie I have ever made. It was fun trying a new recipe and I give it a 4 stars for ease of preparation.  As for taste it got a average of 4 stars with 5 being the high and 3 being the low.   Their kids loved this pie but what the generally consensus from the adults was it’s not like the pie doesn’t taste good, it does but the whole time you’re eating it you kind of would just rather have normal apple pie.  And that is what we thought too from our tiny little bites of it.  BUT after speaking with the person who received this pie this morning I went to try another tiny bite of it and I actually thought this pie got better sitting in the refrigerator all night, though it’s hard to judge a pie on just one bite.  I also want to add that you really need to have the crumb topping on each bite it helps out the flavor of the pie a lot.  I wouldn’t make this pie again but I wouldn’t discourage someone else from trying it.  It was different and worth a try.