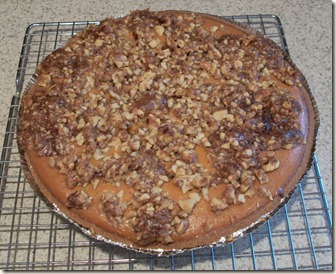 It’s finally here 25 pies in 25 days.  The first recipe is Walnut pumpkin pie.
Well I would give this pie a
5 STARS FOR EASE OF PREPARATION It was made and out my door by 12:30 all while I was watching 5 kids under 5, making 3 loaves of bread and cleaning the house.  Seriously it was that easy.

The critics gave the pie a 4.5 stars for taste.  They said that they preferred regular pumpkin pie but it still tasted great.  ALSO the Pecans were also preferred far and away above the walnuts.  As for the ginger snaps they said you couldn’t really tell any difference. I personally thought that it tasted just as nasty as every other pumpkin pie I’ve ever eaten :).  But I REALLY liked the crunchy pecan topping and would use it again on something else.   The only thing I didn’t like about this recipe was the random amount of pumpkin.  I wish it would have been an entire can but it’s such a little thing that it wouldn’t stop me from making it again especially if I needed a quick pumpkin pie.

Here is what I did

1 store bought graham cracker crust. I don’t normally have these on hand but in preparation for the next few weeks I picked a couple up.  I’m glad I did 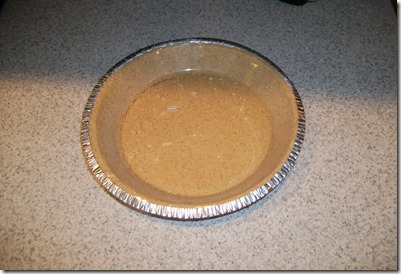 Next you mix the pumpkin with the egg, sweetened condensed milk and spices.  I LOVED how easy this part was.  It mixed very easily with just a plain old wooden spoon and there are very few ingredients making this a very quick process. 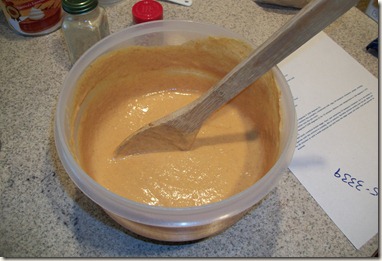 Then you pour it all into your graham cracker crust. You bake it just like this at 425 degrees for 15 minutes. 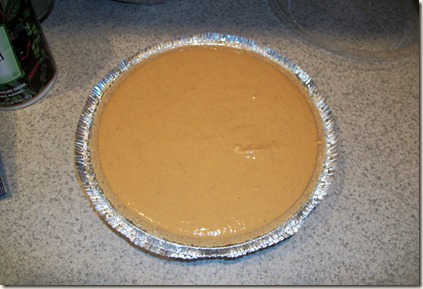 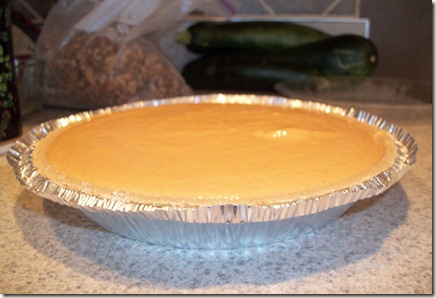 While it’s baking  you make the walnut topping.  You mix up your butter, flour and sugar until it’s crumbly then you add the nuts I used a fork to mix the nuts into the sugar stuff. 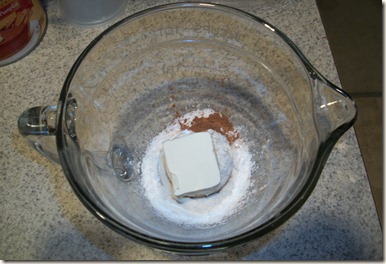 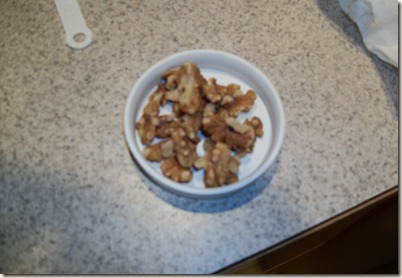 I used my handy little food chopper to chop up the walnuts it worked great. 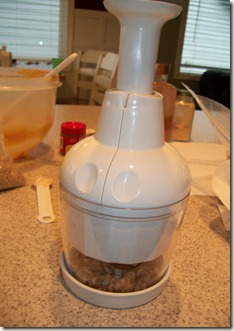 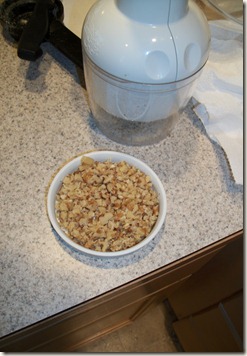 After the 15 minutes at 425 degrees you turn down the oven to 350 degrees and add the walnut crumble.  Then you bake it for another 40ish minutes. 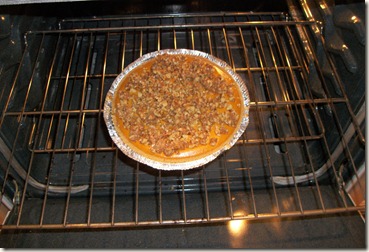 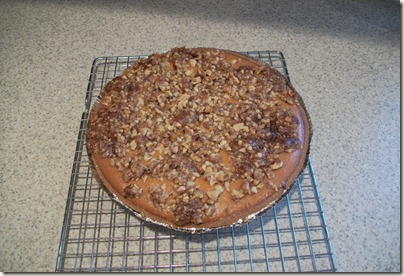 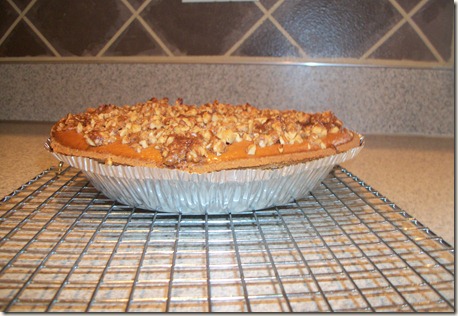 MY VARIATIONS TO THE RECIPE
I’m one of those people who like to mess with recipes and try different things.  My dear husband’s favorite pie is pumpkin so he was very sad when this pie as already gone.  So I made him a little one with a few changes.
First I used ginger snaps to make a crust in a little ramekin.  Then the filling I left the same.  And instead of walnuts in the crumb topping I used pecans. 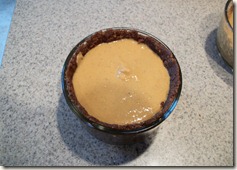 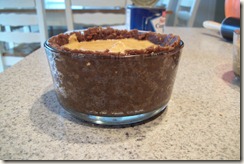 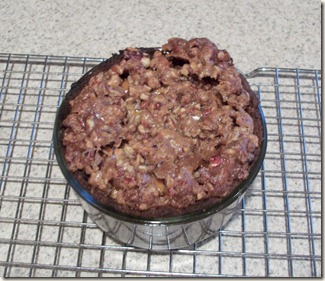 I don't even really like pumpkin pie--but this one looks REALLY GOOD!!

I am going to try this recipie this weekend. I think I will have found my kitchen by then.