Here is the recipe for today’s pie Real Pecan Pie 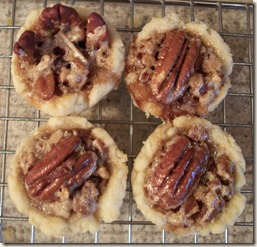 and the verdict on yesterday’s Pumpkin Maple Pie Supreme.  Well it was fun to use a real pumpkin but it always takes a little longer to do that so I would give this recipe when using a real pumpkin a 3.5 stars for ease of preparation.   As for taste it gets 3.75 – 4 stars.  You can really taste the maple which pairs well with the pumpkin the only  problem is that it is a little too sweet.  So if you were going to try this pie out I would suggest cutting down on the sugar.  The maple syrup we used was really sugary so you could also use one that wasn’t so sugary and that would solve the problem too.

My daughter has a piano recital tonight so I decided to make today’s pie into little pecan pie tarts, so I could bring them for refreshments.

First thing I did was to get out my mini muffin pan and make some pie dough. 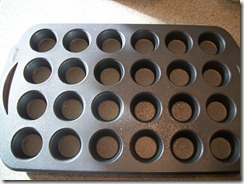 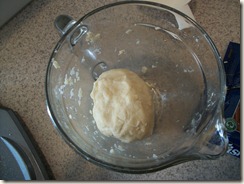 Then I took my pie dough and placed little balls of it in the bottom of the pan. Then I used my tart shaper thing that I got from the Pampered Chef to make little individual pie shells. 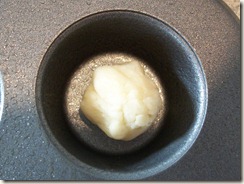 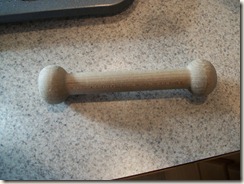 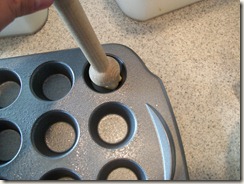 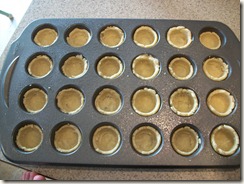 After your pie shells are done you make the filling which is SUPER easy all you do is mix your eggs and then add your sugar, corn syrup and vanilla and mix it really well. 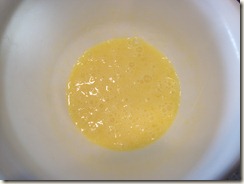 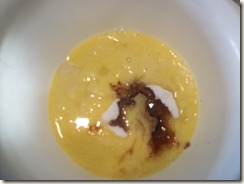 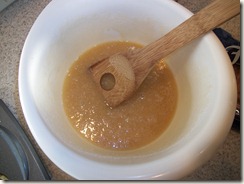 The recipe calls for pecan halves but because I was making little tarts I added two handfuls of chopped pecans and gave it a stir.  (sorry, I forgot to take a picture)

Then I used my mini scoop to fill my little tart shells. 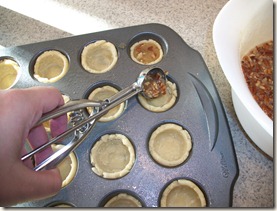 Then I added a half of a pecan to the top of each pecan tart.  Then I baked them at 350 degrees for 10 minutes then I turned down the oven and baked them for about 15-20 more minutes at 300 degrees until they looked set. 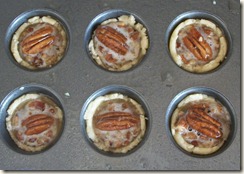 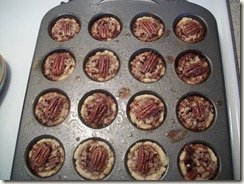 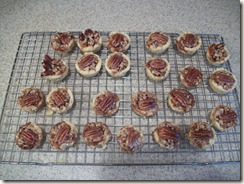 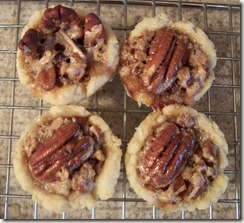 Variations- if you like chocolate and nuts you could easy add some chocolate chips to these before or after baking. I tried sprinkling toffee bits in the filling I had left and baked it in a mini graham cracker crust.

This recipe was the easiest pecan pie recipe that I have ever used.  It easily gets a 5 stars for ease of preparation.