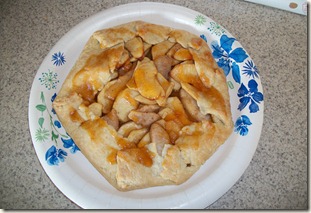 And here is the verdict on yesterdays Walnut Pumpkin Pie

5 STARS FOR EASE OF PREPARATION It was made and out my door by 12:30 all while I was watching 5 kids under 5, making 3 loaves of bread and cleaning the house.  Seriously it was that easy.
The critics gave the pie a 4.5 stars for taste.  They said that they preferred regular pumpkin pie but it still tasted great.  ALSO the Pecans were also preferred far and away above the walnuts.  As for the ginger snaps they said you couldn’t really tell any difference. I personally thought that it tasted just as nasty as every other pumpkin pie I’ve ever eaten :).  But I REALLY liked the crunchy pecan topping and would use it again on something else.   The only thing I didn’t like about this recipe was the random amount of pumpkin.  I wish it would have been an entire can but it’s such a little thing that it wouldn’t stop me from making it again especially if I needed a quick pumpkin pie.

PIE #2 Rustic Autumn Fruit Tart
Today we have to make a crust.  This is a crust that has butter and cream cheese mixed into the flour.  Maybe for some of you this will be new but it’s not to hard just mix it in like you normally would then form it into a disc and place in in the refrigerator like so 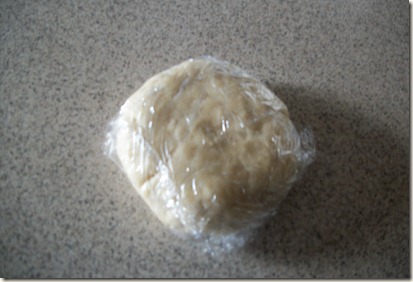 While that’s in the refrigerator you can cut up and peel your apples and pears.  Then add your orange juice. 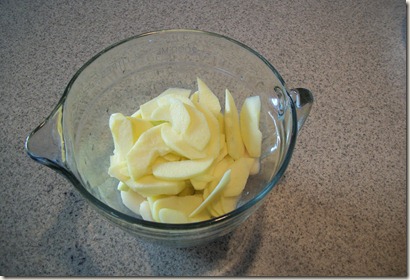 Then mix together your spices and cornstarch. 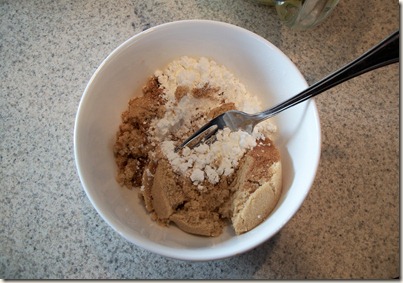 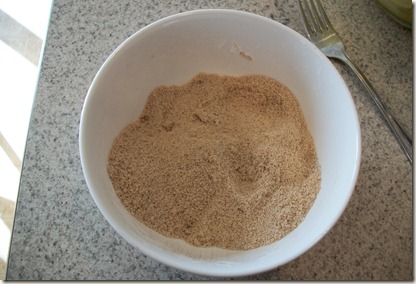 Add spices to your apples and give it a mix. 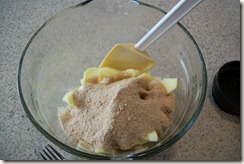 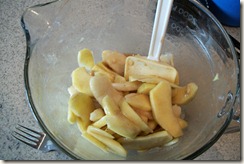 When I was done with these steps I took my disc out of the refrigerator it was nice and cold because I used already cold butter and cream cheese when I made it, it really didn’t need anymore time in the fridge. So I just used a cookie sheet lined with parchment paper *HINT* (I wanted to roll my dough out on the paper so I sprayed a little bit of cooking spray on my cookie sheet before I put the paper down it makes the paper stay in place very nicely as you roll.)  Roll out disc to desired size.  You’ll probably need a little flour I just dusted my rolling pin it worked our great. 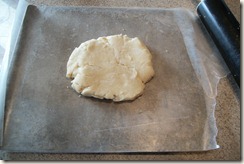 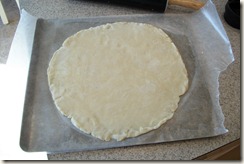 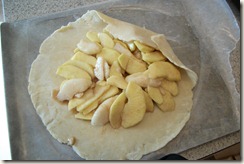 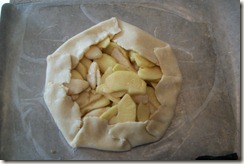 After it comes out of the oven you brush it with apricot jam AND ENJOY! 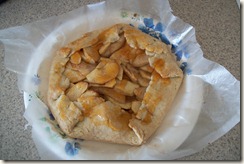 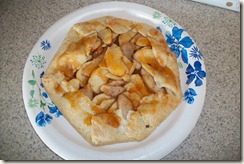 When you are done mixing all the fruit in the orange juice and spices and then putting the fruit filling in the crust there is a lot of juice let over.  So I was thinking that if you didn’t have apricot jam on hand you could just thicken the leftover liquid by heating it up in a sauce pan and then drizzle that over the top.

I would make this again.  I made a tiny little one for our family and my kids gobbled it up in a second it was a big hit.  My kids said that they would give it 5 stars for taste and I give it a 4.5 stars for ease of preparation. I’ll post any other feedback I get as so as I get it.

So this recipe calls for cardamom.  I didn’t have any so I called around to my friends to see if any of them had any they didn’t so I went to the store to get some because I want to try the original recipes as they are written.  I after much searching found the cardamom and it was $13.69 for a tiny little bit of it so I have to say that I wasn’t 100% true to this recipe it is missing the 1/4 tsp of cardamon… sorry

I love a rustic apple tart. So easy. I'll have to try this one and use up the last of the apples we picked this year.
I love this blog, Jaime. Great name and idea!

It all looks beautiful! Once again something amazing from superwoman!
- Keely

I was the lucky recipient of this delicious wonder! My first instinct was to take the pie/tart, grab a fork, run to the nearest room, lock the door and devour it all myself. Unfortunately, the kids witnessed Jaime dropping off the yummy goodie, so I knew no such deception would be possible. But, I was able to sneak in two pieces to myself before dinner and without the kids noticing. Then, I served the remainder for dessert and they loved it. I give a 5/5 for sure. Fruit pies/tarts are my favourite, so I am a little biased.

hi, new to the site, thanks.