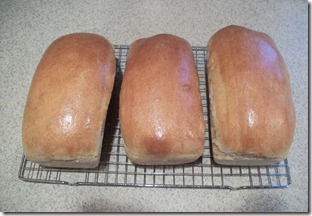 So I feel like after posting all of this food stuff that my life revolves around baking/cooking.  It really doesn’t (but it kinda does since I’m in charge of feeding 7 people everyday) but here is another awesome bread recipe.  For sometime now I have been making all of our bread, hamburger bun, rolls, subs, etc. (and I even made bagels a couple of times.) But this recipe is by far the best one I have found for whole wheat sandwich bread I LOVE IT not only is it cost effective at about 26 cents a loaf but it’s also really moist and chewy and last for a few days before getting crumbly like most whole wheat breads and it’s pretty good for you too. I HAVE MADE TONS OF DIFFERENT BREAD RECIPES OVER THE LAST 18 MONTHS SO IF YOU’RE INTERESTED IN MORE LET ME KNOW AND ANYTIME I MAKE A NEW ONE I’LL POST IT TOO.

I usually get the first three ingredients into the bowl first and then gather all of my other ingredients so the yeast has a little moment to get all happy.  Then I add all of the other ingredients just like they are listed.  Once everyone is in the bowl I mix it in my kitchen aid for 2 minutes. 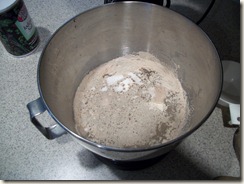 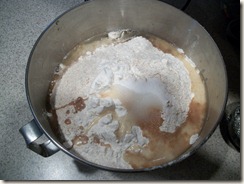 Your dough should start to clean the sides of the bowl while it’s mixing.  If it doesn’t then you’ll want to add a little more flour until it does.  You don’t want it too stiff though so go easy on the flour.  Once it’s done mixing I use a scrapper to make the dough into a ball at the bottom of the bowl and then I let it rise until it doubles in size. 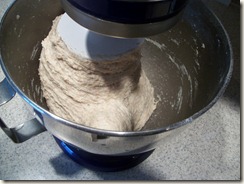 Once it has doubled in size I usually spray my counter with a little cooking spray but today I was out of cooking spray so I just poured a little oil out on my  counter top and then dumped the dough out on the oil and then I kneaded it about 10 times. 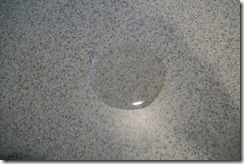 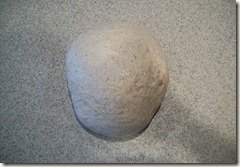 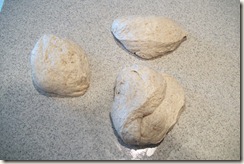 You make cinnamon pull-a-parts by ripping off little dough chunks and dipping them in melted butter then rolling them in cinnamon and then stacking them on top of each other in a pan. 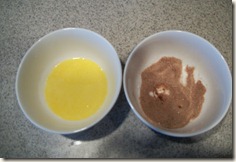 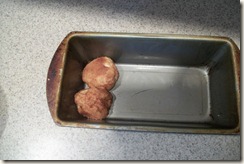 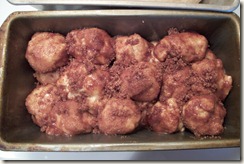 Then you place your pan in a nice warm spot until your dough rises just about and inch over the pan.  Then you bake them at 350 degrees for about 32 minutes. 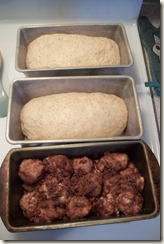 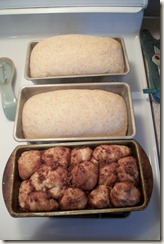 As soon as they come out of the oven make sure you take them out of their pans.  If you have sprayed your pans well then just give them a little shake and they should come right out.  Cool completely on a cooling rack before placing them in bread bags.  I dump my pull-a-parts onto a plate let them cool a few minutes then let the kids devour them.  ENJOY! 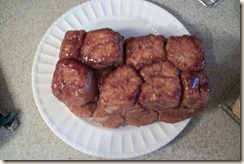 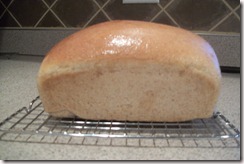 Once you start making homemade bread it’s hard to go back to the imitation stuff they call bread at the store.  So precede at your own risk!

After looking at these pictures I'm remembering how much better homemade bread really is and thinking I need to go back to that! You're stuff always turns out so good! -Keely

SO glad you found my blog and linked up! I'm totally following you and can't wait to read more! looks like we have a lot in common and could be BFF's for life! lol

I need to try this recipe, got out of the habit of making homemade bread and I need to start again.
Mine never looked this nice though.

Ok, now I'm totally stalking your blog! I've been looking for a good sandwich bread recipe. I'm going to give this one a shot.

When I tried taking them out of the pans as soon as they came out of the oven, they got all squooshed. I had much better luck letting them cool first. But thanks for the recipe, my whole family just LOVES it!