and the verdict on yesterdays Chocolate Silk Pecan Pie         This pie gets a 3 stars for ease of preparation.  Not because any of the directions were hard to do but because it had so many steps and it took awhile to make this pie.  That said it was fun to make and I would do it again.  As for taste the person said it was yummy and delicious but VERY RICH they also said that even though it was rich they would also have it again.  I don’t know how many stars that is but I would say that this is a pie worth trying. 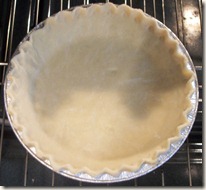 You make this pumpkin pie just like most other recipes for pumpkin pie, first you mix your eggs, sugar, brown sugar, and spices in your mixer. 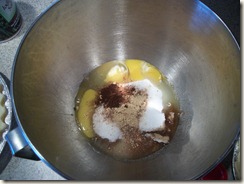 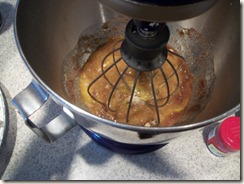 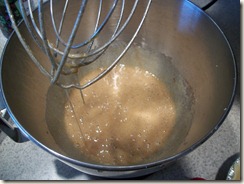 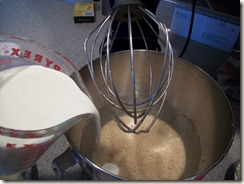 When it’s all mixed up it’ll look like this. 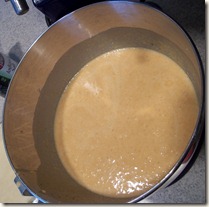 Place your pie shell in the oven before pouring in the filling, you’ll be thankful that you did once you see how much filling that there is. This made more than enough for the pie tin that I used (I had extra)  it would probably fill up a deep dish pie crust. 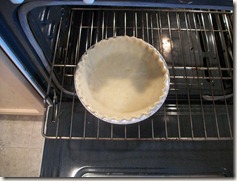 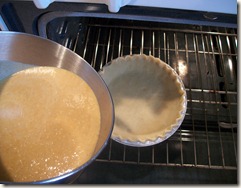 Once your filling is in the pie shell gently push the oven rack back in and bake at 425 degrees for 10 minutes.  After 10 minutes you turn down the oven to 350 degrees and bake another 40-50 minutes, or until the middle is set. 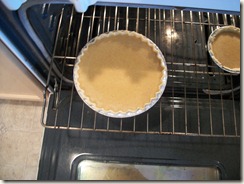 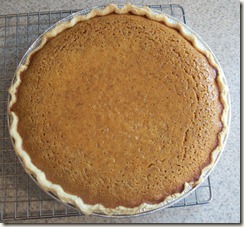 I give this pie a 4.5 stars for ease of preparation it’s your basic pumpkin pie and it was fun to make.

I think this pie gets a 4 stars for taste.  Anyone who tried it said that the flavor was good but the texture was different than that of most pumpkin pies.  There was a general consensus that it was a little bit like pudding (sort of).  It was still good but everyone like their own personal recipe a little better.