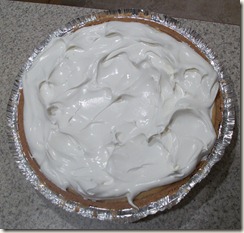 and the verdict on yesterdays Crust-less Cranberry Pie

The family who received this pie literally called  me about 15 minutes later to report that is was all gone and that their kids loved it and begged for seconds.  The wife also liked it but the husband who doesn’t like cranberries was not a fan. So if you like cranberries and are looking for something different to do with them I’d say give it a try.  P.S.  the recipe says to serve it with cool whip or ice cream but they ate it plain and it was fine that way too.  5 stars for taste from Cranberry lovers and a 5 stars from me for ease of preparation.

This pie was also super easy to make and only took a few minutes to assemble.  First you mix together your cream cheese, vanilla, sugar and eggs until they are smooth. 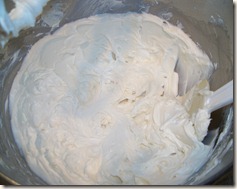 Then you take out 1 cup of the white filling and spread it into the bottom of a prepared graham cracker crust. Then to the remaining filling you add your pumpkin and spices. 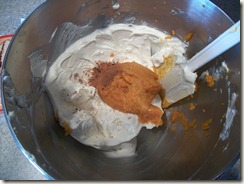 Then you pour all of that on top of the white filling and bake it at 325 degrees for about 40 minutes or until the middle is set. 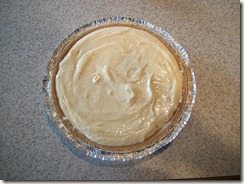 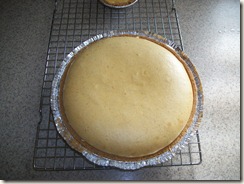 After it’s baked you let it cool for a while then put it in the refrigerator for about 3 hours or overnight.  Top it with cool whip before serving.