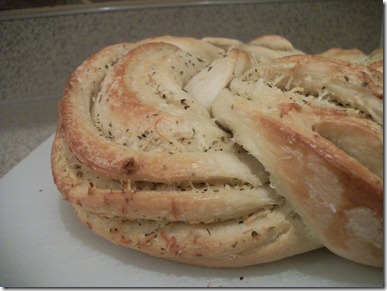 Yesterday, I wanted to try another new bread recipe to go with our Italian dinner, I was planning.  So I popped on over to Pinterest to see what I could find.  And I came across this lovely bread here.  But as you can see that recipe is not in English, and I really, really didn’t want to go to all the trouble to translate it.  But it does have lovely pictures, and I realized that what I liked about the bread was more about the technique and how it looked than it was about the taste.  Any dough that is stiff enough to work with will work just fine.  I actually used the French Bread dough recipe that I tried the other day, because I wanted mine to be savory and not sweet.  If I was going to make it into a sweet/cinnamon bread I would use my sweet roll recipe, (cut the recipe in half and use a bit more flour until the dough, cleans the sides of the bowl).

After your dough has risen and is ready to shape, roll it out flat, like cinnamon rolls.  Then add whatever filling you want.  I used butter, Italian seasoning, garlic powder and grated parmesan cheese. 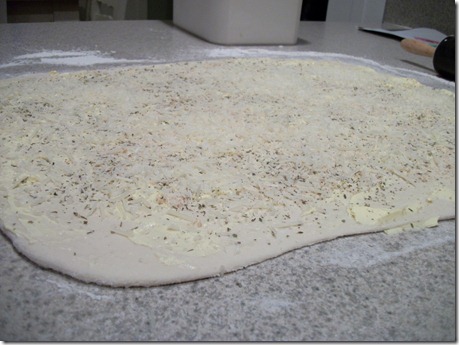 Then roll it up just like a cinnamon roll. 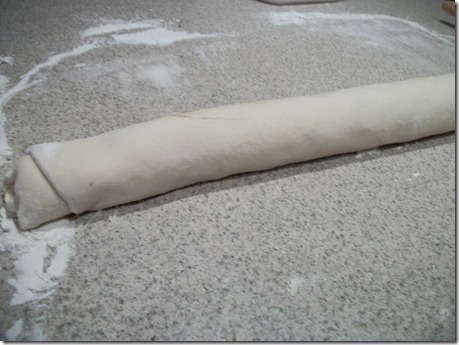 Then you cut it completely in half lengthwise. 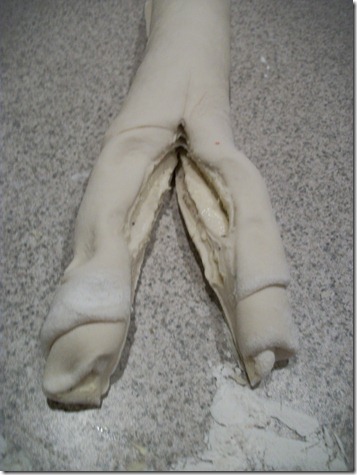 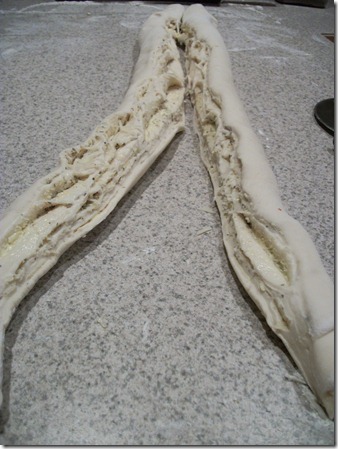 Then you take the two halves and twist them together 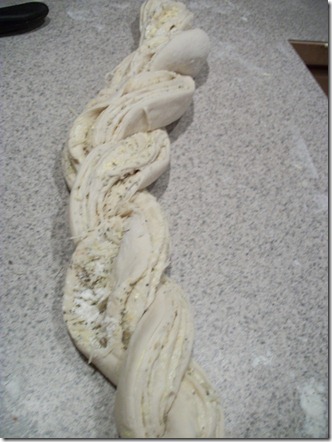 Then join the two ends to make a circle. Then I brushed it with an egg wash.  Let it rise again for about 15-20 min. 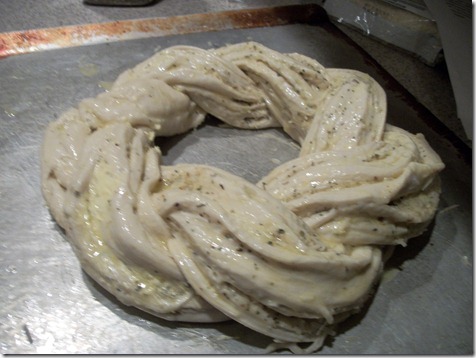 Then I baked it according to the French Bread directions.  If you’re using your own recipe then it took about 30 min half of the time at 400 degrees and the other half of the time at 350. But if I was making my sweet bread recipe I would probably start with 30 min @ 350 and then go from there. 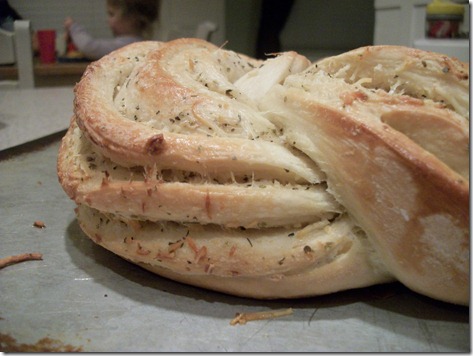 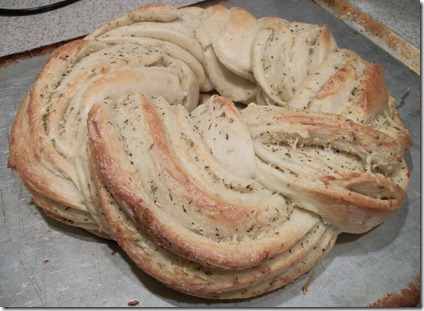 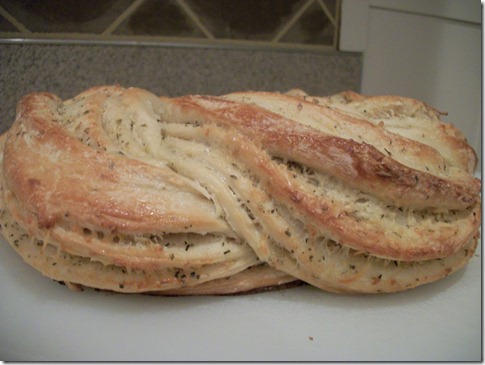 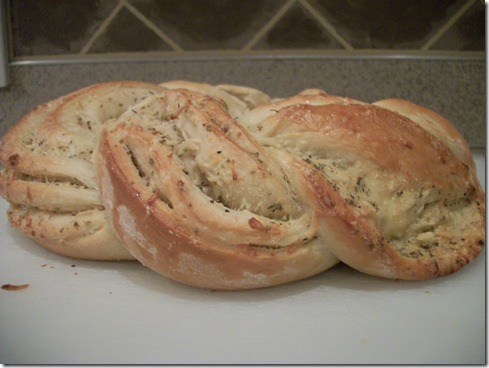 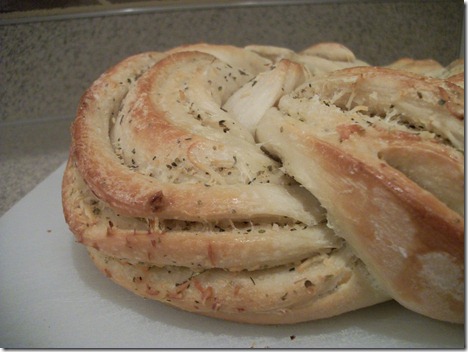 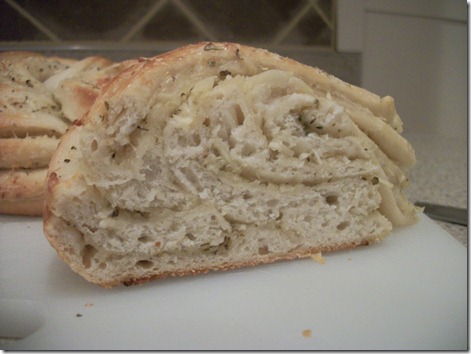 It was super fun, to make and super tasty too.

Oh, and the title of the post is a direct quote from my husband.  He also said that this was the best bread he has eaten… this week.

Looks amazingly good! I might just have to try it with my family! Thanks for all the good things you share!

We've posted about your site on our FB page today and hope you'll join us there.
Facebook.com/MormonMomsWhoBlog

The best bread this week! You do bake a lot.

It looks sooooo scrummy. Many thanks for the great pics. Hope you have a good week.

I tried this today with my favorite easy french bread recipe. So easy & so yummy! And no one believes it was easy!

That looks amaaaaaaazing. I get hungry just looking at it. Right now I have a talent for messing up recipes, especially ones that I modify. ;-)

That looks to die for!

I saw this bread style made with cinnamon sugar. I thought you might want to try it out! :D