Once upon a time, I had two little girls (3 and 1) and a new house to decorate.  Me, being a nice mommy let them pick between a couple of choices for their bathroom. They, mostly the 3 year old picked ducky’s I thought it turned out pretty cute.  Now fast forward 6 years and another 3 kids and apparently “DUCKS ARE LAME!” On Saturday morning the kids are responsible for cleaning their bathroom.  One Saturday they decided to not only clean it but start the redecorating process for me, you know cause “DUCKS ARE LAME, MOM!” I had some really awesome pictures of them ripping down the ducky border in protest of its lameness, but I can’t find them, so lame.  But anyway it really was time for a makeover and really I didn’t do much but remove the ducky-ness. This make over cost me about $10.00.  I know, I know I’m a big spender.

Now for some before and after. 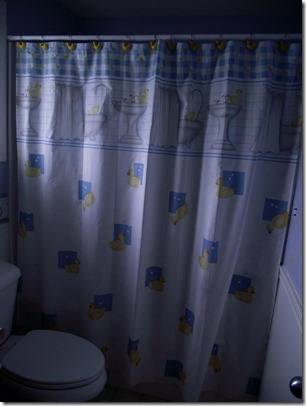 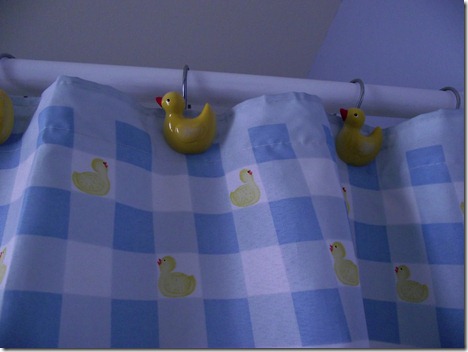 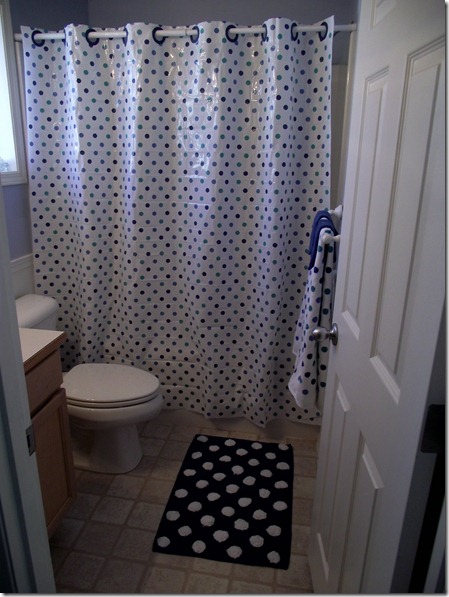 Before ducky border & weird space behind the door. 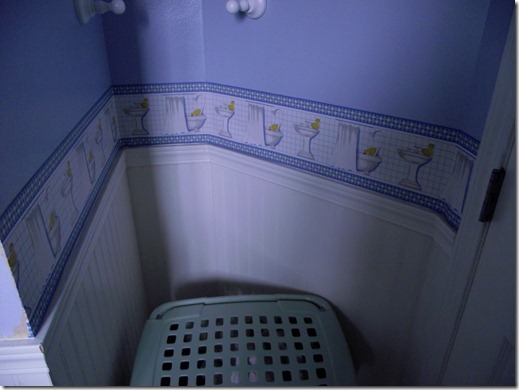 After no ducky border & what about the weird space behind the door… still there. 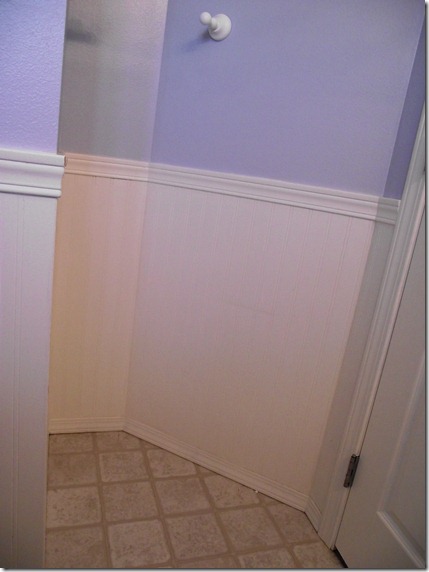 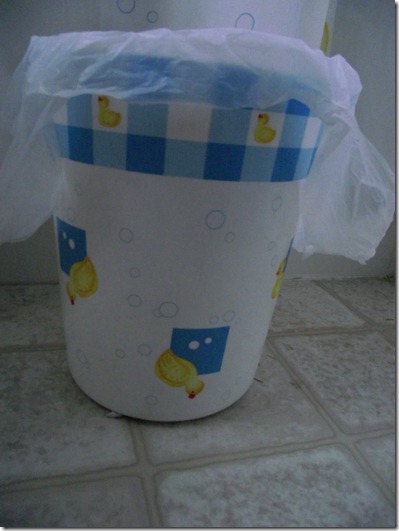 After Blue trashcan.  Sorry I didn’t take a picture of the new trashcan.  Devastating I know, basically it looks like the duck one, only blue. 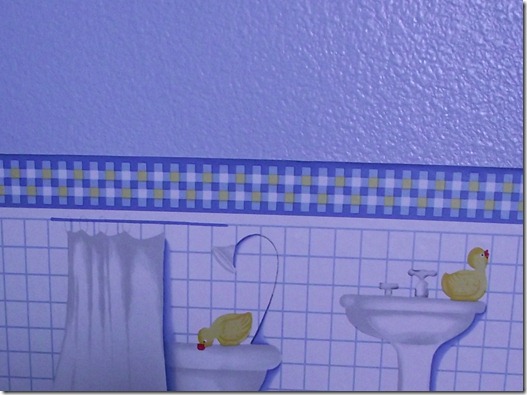 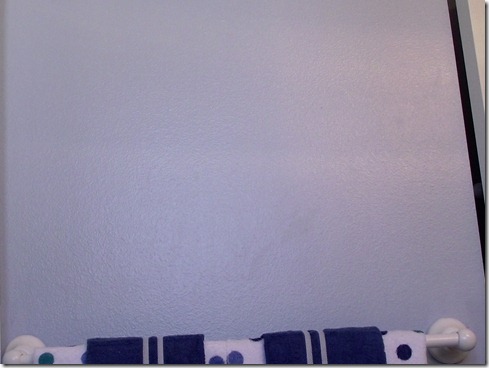 Okay enough before and after here are some other random things.

These little guys stayed because how often do you see a sink and bathtub, toothbrush holder and soap dish?? Answer: not often 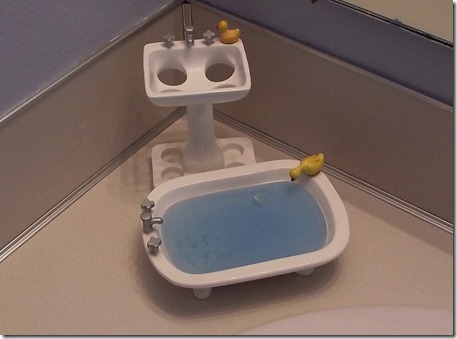 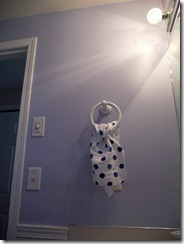 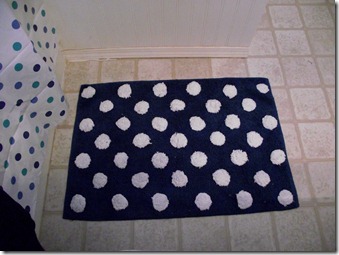 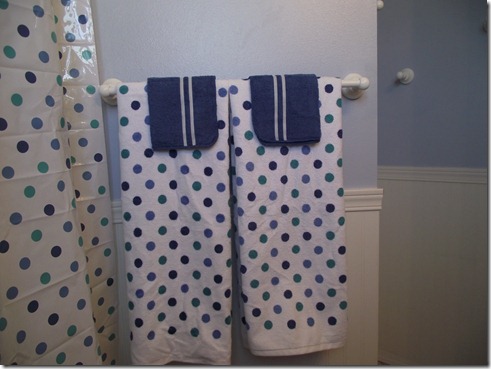 I really want something decorative to go above these towels but I just can’t decide what.  It’s annoying me. seriously 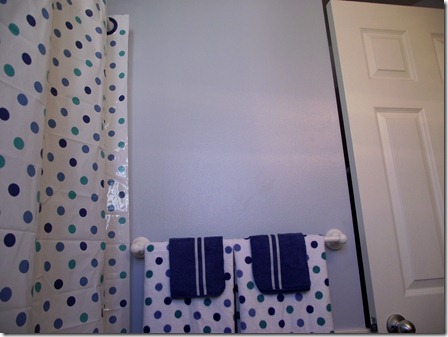 Email ThisBlogThis!Share to TwitterShare to FacebookShare to Pinterest
Labels: Before and After, household projects

Cute! I have a thing for polka dots, so I love the new look. Good job. :)
Jaime

You can never go wrong with blue & white in a bathroom (or a kitchen for that matter) - it's such a clean look.
I also have a thing for polka dots and I think it looks much better than those lame ducks.

Love the updated look! Polka spots for the win!

my kind of makeover right there! Functional, and super cute.

You've been featured on Fabulousity Friday at Sweet Tea Serendipity! Come check it out & pick up your award: http://sweetteaserendipity.blogspot.com/2011/09/fabulousity-friday-15.html