My 2nd daughter turns 7 today!  So for her birthday I wanted to make her a special outfit.  She is such a girly girl that I knew I  wanted to make a dress with a little jacket.  I used Simplicity pattern # 2683 for the jacket.  I have to say though when I use a pattern to sew something I just cut out the pieces and then sew it together however I want.  I don’t read the directions.  That way it looks like I want it too and I like to add extra stuff.  The dress is a very loose interpretation of the dress also from Simplicity pattern # 2683.  I didn’t have enough material to actually make the dress so I improvised.  I have to say it looks pretty sinking cute on her even if the pictures don’t do it justice. *** So after I was done making this lovely dress my 2 year old decided it need some air conditioning and cut 3 small slits in the back of it.  My daughter really wanted to wear it to school today, so I just ironed on some fusible (webbing, bonding, what’s that stuff called???) so she could wear it today.  Any ideas for a permanent solution? P.S.  While I was ironing on the fusible stuff she (the 2 year old) ate one of the ice-cream cone cake pops I made for my 7 year old to bring to school.  Ever have one of those mornings?? 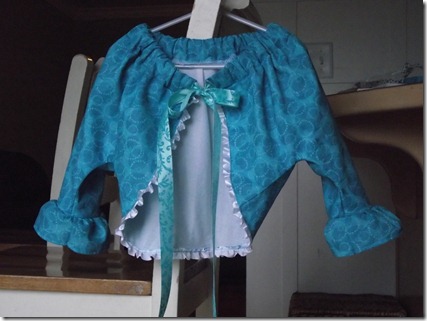 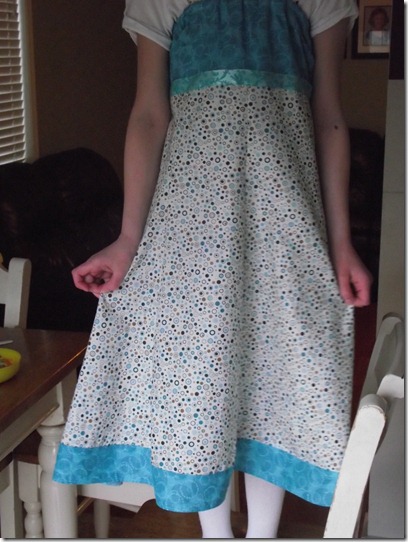 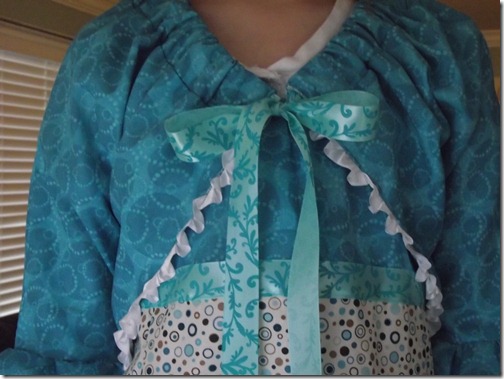 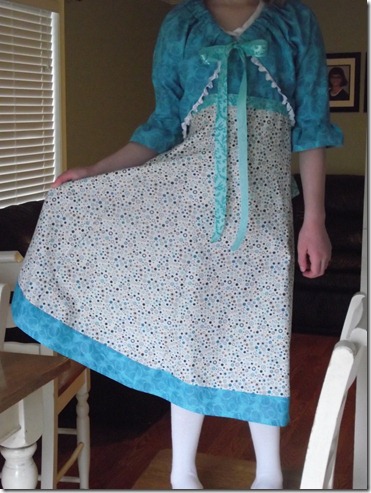 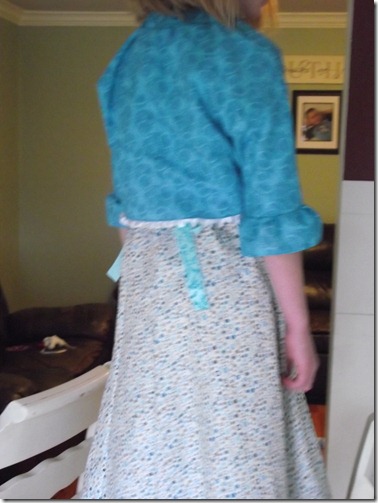 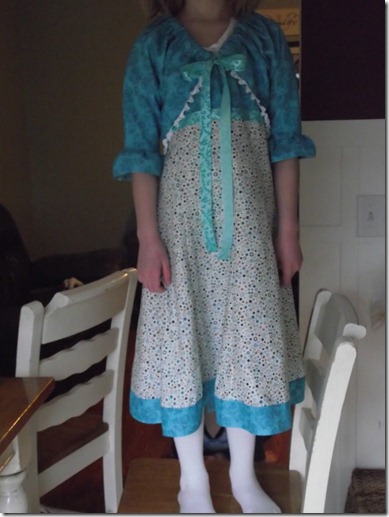 And a ragged bow headband to match. 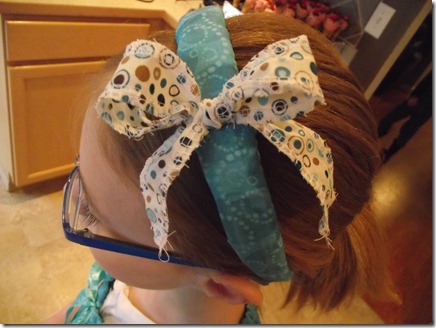 The blue accents the dress perfectly~

It looks so great Jaime! I can't wait to see it in real life!!

So cute!
I gave you an award over at my blog! Please check it out and spread the love. www.ourthriftyideasbecomeone.blogspot.com