Once upon a time there was a crazy lady who had to feed her 5 growing children.  One day she went to the store and noticed that they had a 15 pound bag of YELLOW potatoes for $2.98!!! She jump for joy and purchased them, again and again and again.  Now 45 pounds of potatoes later the crazy lady is trying to use them all up before they go bad…thus this recipe. 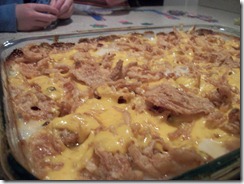 Wash your potatoes, because I used yellow potatoes I didn’t peel them, if you use russets or something like that you’ll want to peel them.  The slice them really thinly, and make one layer of potatoes on the bottom of a 9X13.   Then in a large sauce pan combine the onion, garlic and butter and cook until soft. Add your flour and stir. Gradually add your milk, I added two cups and let that thicken, then I added the last 2 cups and let it thicken again.  Then add 1 cup of sour cream and stir.  Add your salt and pepper.  A note on salt, if you are going to use the French Fried Onions go easy on the salt.  On top of your layer of thinly sliced potatoes add half of your cubed ham, and then half of your sauce.  Then add another layer of thinly sliced potatoes, ham and the rest of your sauce.  Bake for 1 hour and 30 min at 350 degrees.  I left mine uncovered but if you know you have an oven than runs hot you might want to cover yours.  After 90 minutes pull out your potatoes and add your French Fried Onions and cheese to the top, return to the oven for about 15 min or until cheese is nice and melted.  Remove from oven and let rest before serving. 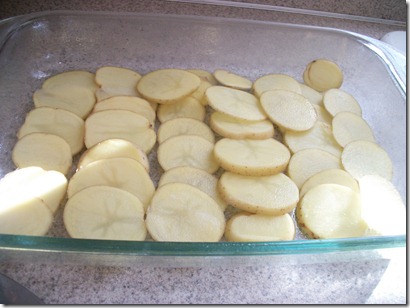 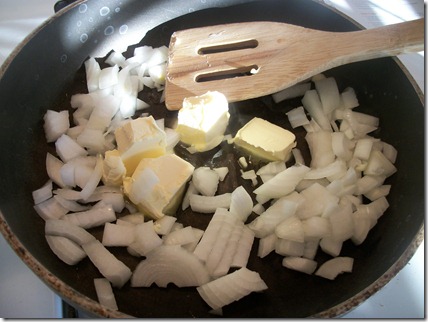 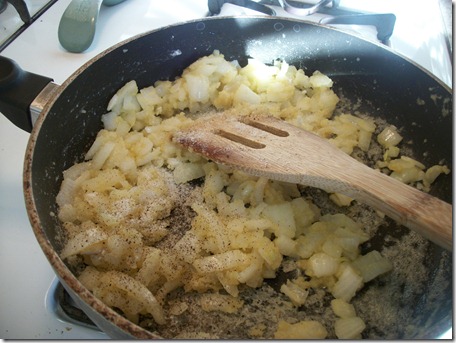 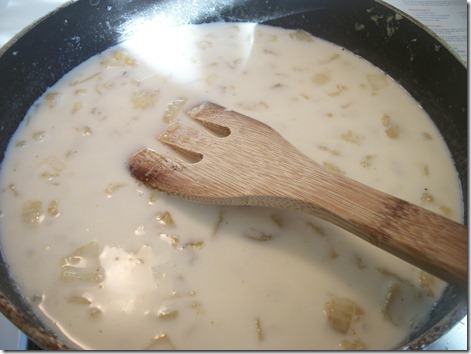 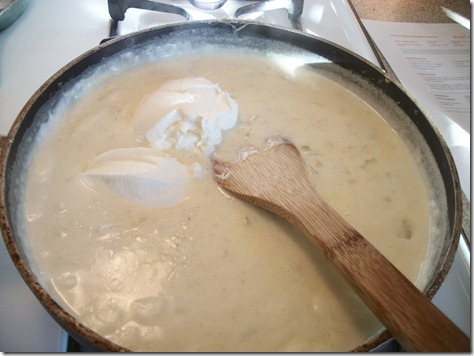 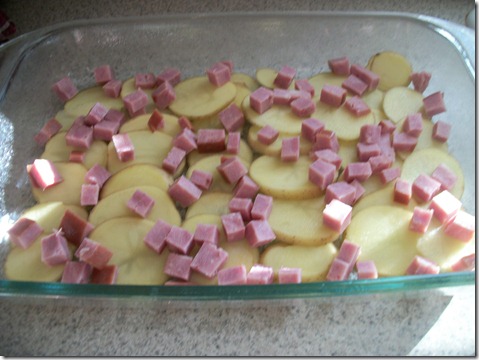 add a second layer of potatoes, ham and sauce. 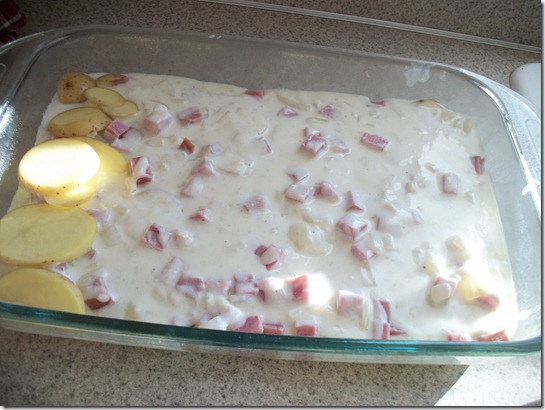 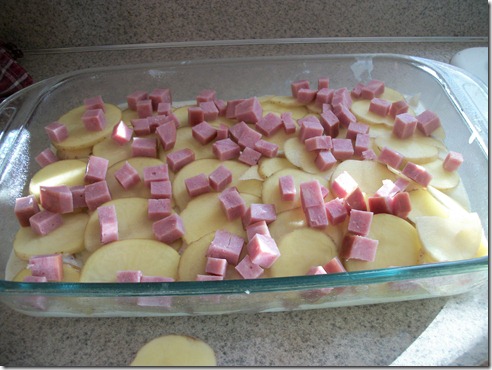 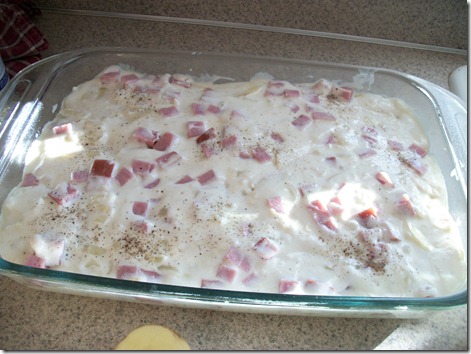 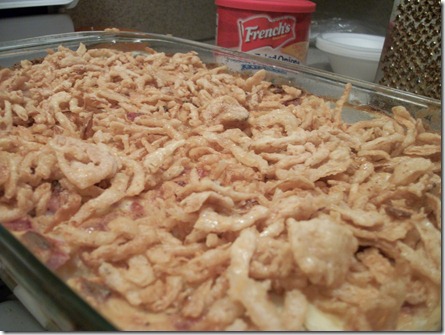 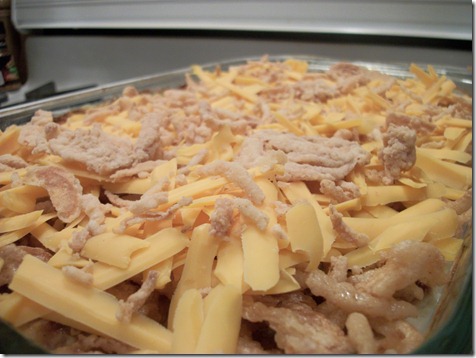 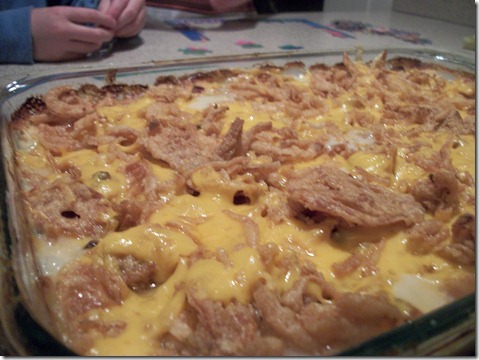 Okay it’s probably not the healthiest thing I’ve ever made but it was really good and we almost polished the entire thing off at one dinner.    You can serve it with another little scoop of sour cream if you like.

Looks soooo yummy. I am going to have to try..

Well, I applaud that crazy lady (whom ever she is *wink*) for finding such a yummy recipe to use up a glut of potatoes. This recipe is one sure fire way of achieving that!