Remember a month ago when I was making all of those pies?  Well, while making one of the pumpkin pies I was struck with a little bit of inspiration for a recipe combining my husbands two dearest (food) loves my cinnamon rolls and pumpkin pie. BUT since I was already making so many pies I wanted to wait for the time to be right and last Thursday I finally got to try out my inspiration.  I brought them to a church function and they got a lot of rave reviews. 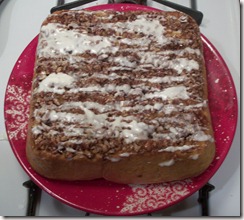 All I did was add one 15 oz. can of pumpkin to my “Please, restrain me!” dinner rolls.  I also had to add about another 2 cups of flour so if you don’t want 87 million rolls you might want to half the batch.  Dump it in a big metal bowl and let it rise until it doubles. 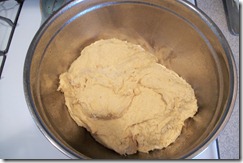 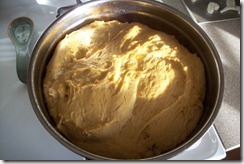 Then on a floured counter space (you’ll need a big space if you use the whole recipe) roll out your dough to about 1/4 of an inch thickness. 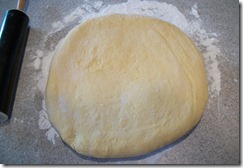 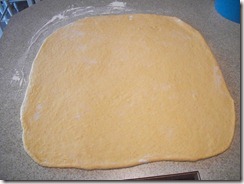 Because this was my first time making these I had a lot of ideas for the middle so I tried two different things.  On the left I spread the dough with some pumpkin butter that I had made and because it was already sweet and spicy itself I only added a very little bit of brown sugar mixed with pumpkin pie spice.  ON the right I spread the dough with butter and mixed 1/2 a cup of brown sugar with about 1 –1 1/2 tsp. of pumpkin pie spice and spread that over the butter. 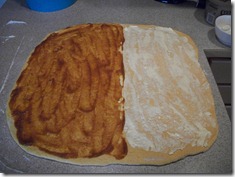 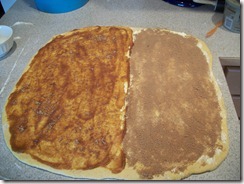 Roll the enormous thing up and and cut them into whatever size rolls you want. 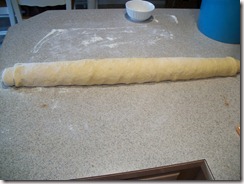 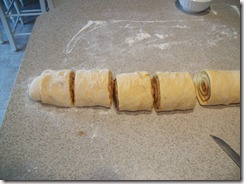 Some of the rolls I just laid in a greased 9x13 pan and some of them I laid on a bed of brown sugar, chopped pecans and a drizzle of maple syrup.   Then you let them raise until they fill the pan.  Then you bake them BELOW the center of the oven for about 22-25 minutes at 350 degrees. 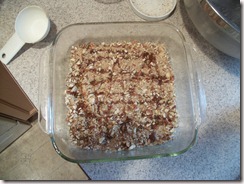 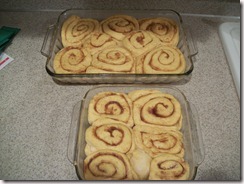 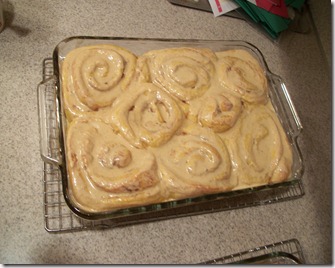 The pumpkin rolls that I filled with butter, brown sugar and pumpkin pie spice I just used cream cheese frosting. 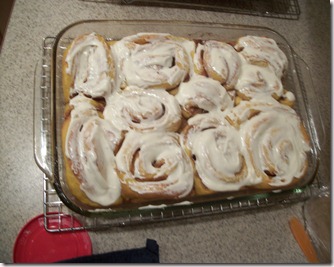 And the nut ones I just drizzled a little bit of cream cheese frosting over the top. 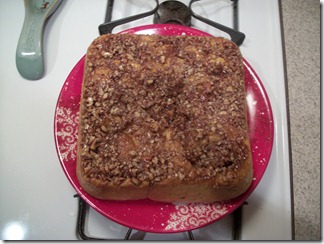 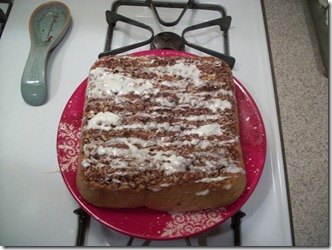 I thought they turned out pretty well, the next time I make them I would use the pumpkin butter in the middle with the brown sugar and pumpkin pie spice too, the pumpkin butter by itself just wasn’t enough AND we loved the NUTS on the bottom the best.  So make your hubby happy and bake up a batch today.

WOW! Those seriously look DIVINE! Thanks for linking up to Fun w/ Food Friday @ Paisley Passions. Hope you stop by again soon :)