Pick a Peck of Pickled…Pickles??

I know I haven’t been blogging much but food stuff lately but mostly that’s because it’s August and August for me is major canning season. So I have been a little busy.  But if you make pickles we really, really enjoyed a bread and butter pickle recipe that I found on allrecipes. You can find it here.

I started with 25 lbs. of awesome pickling cucumbers. 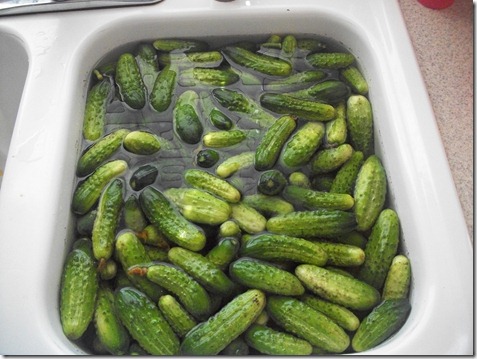 Slice everything up (I used a gallon of sliced cucumbers per batch) and put them in a large bowl with the salt (I only used 1/3 of a cup of salt not the 1/2 a cup that the recipe calls for). 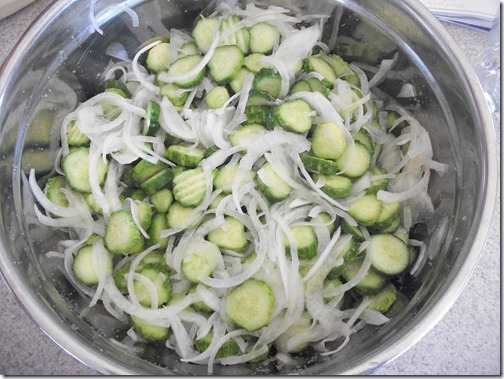 cover it with ice and let it sit for about 3 hours. 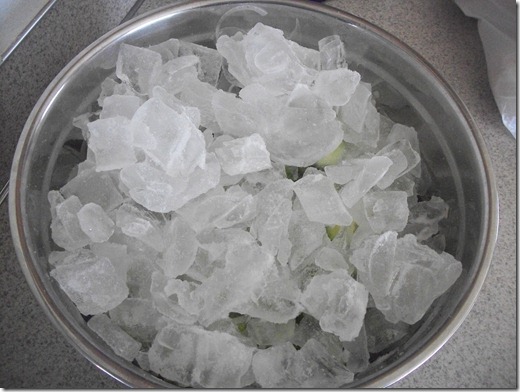 If you want to can them follow the directions for canning bread and butter pickles in your ball blue book.   They turned out SUPER CRUNCHY and YUMMY.  Just how a pickle should be. 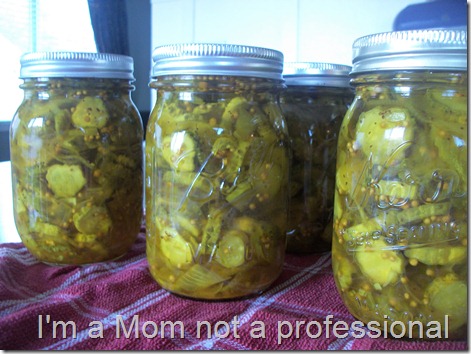 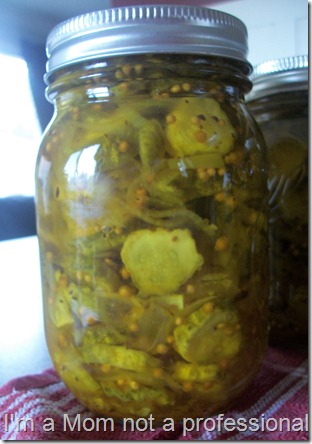 Other random pickled things.  I canned super yummy three bean salad.  If you want that recipe it’s in the ball blue book.  (I don’t use lima beans though cause YUCK).  I also made 14 quarts of Dill pickles.  I haven’t tried them yet, I hope that they turn out crunchy too, because soggy pickles are NASTY!!  I don’t use the ball blue book recipe for dill pickles, I have NEVER had success with that recipe so this year I tried a different one.  It they turned out I’ll share the recipe with you sometime down the road. 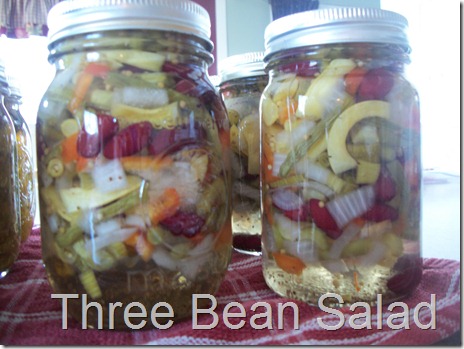 My 25 lbs. of cucumbers turned into this, well this plus 6 more pints of bread and butter pickles. 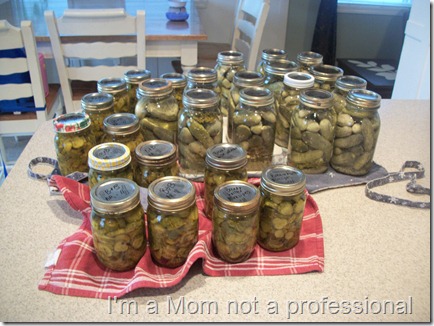 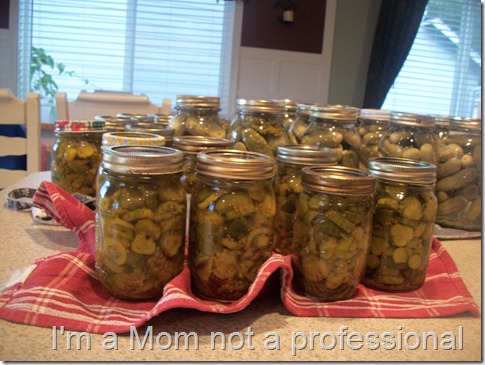 Email ThisBlogThis!Share to TwitterShare to FacebookShare to Pinterest
Labels: canning

That sure is a lot of pickles.. and onions! Well done- I would love to try.Lynda