I was making cupcakes to bring to a girl scout event tonight when I realized I didn’t have enough icing. And because I kind of hate icing, and I hate making it even more AND since the girl scouts are the ones given credit for inventing s’mores. I figured s’more cupcakes were the way to go. 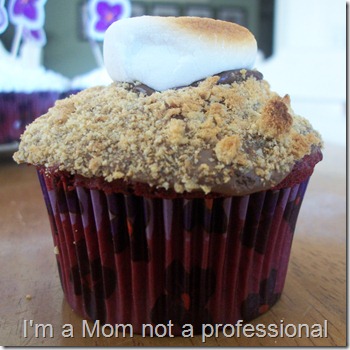 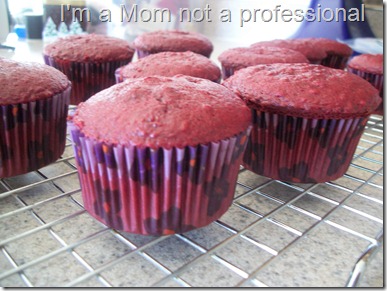 First I melted some chocolate and put it on top of the cupcake. You could probably substitute chocolate frosting if you wanted but the melted chocolate was YUMMY! 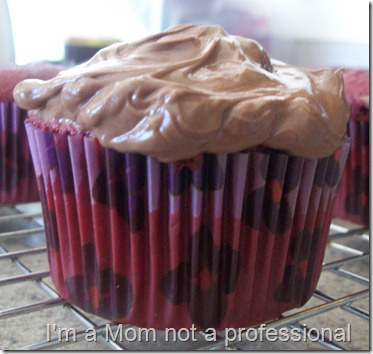 Then I dipped the top of the cupcake into a bowl of smashed graham crackers. 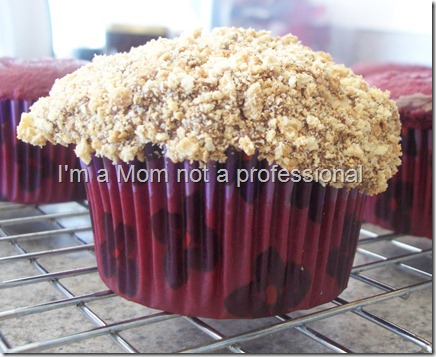 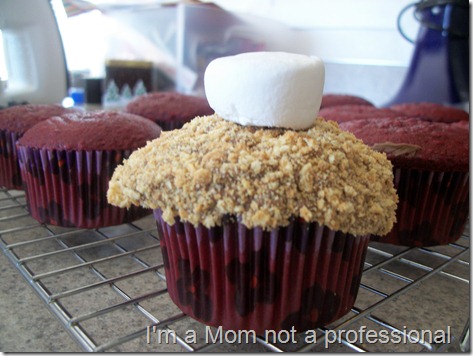 I lined 4-5 cupcakes on a baking sheet. 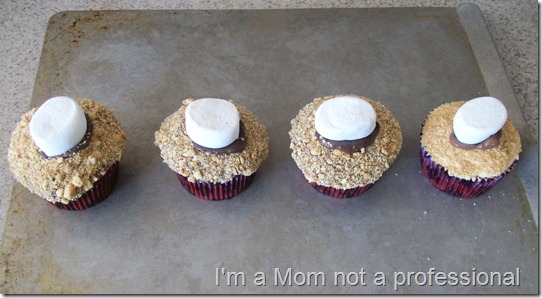 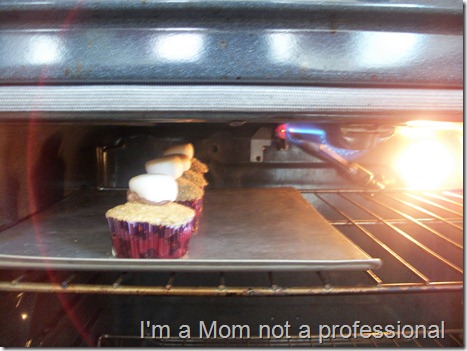 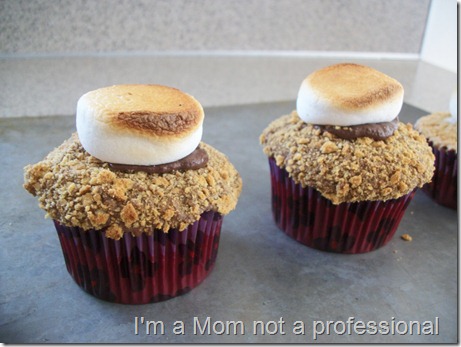 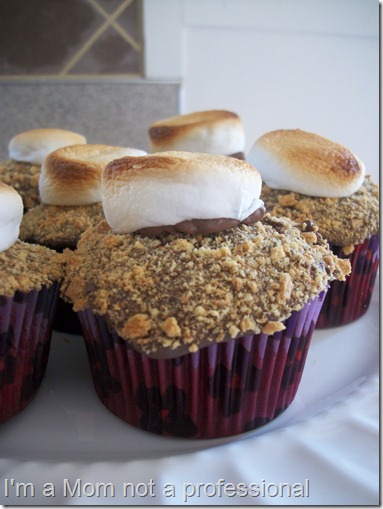 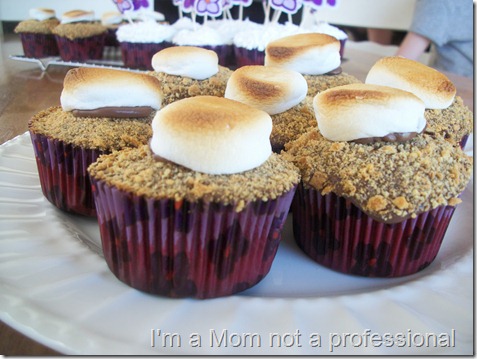 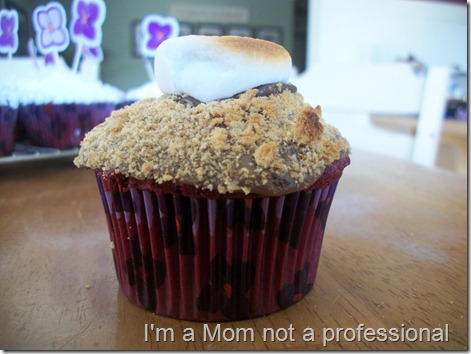 So easy and yummy!  Just perfect for summer.

Ha! I have to bring a dessert for my girls last Girl Scout meeting next week, and I was thinking about cupcakes. This would be perfect! They look delish!

This looks like a delicious Summer Recipe! We are hosting "FUN SUMMER RECIPES" at our Linky Party THIS WEEKS CRAVINGS! We'd love for you to come by and link up! (Thanks a million) :-)

Super creative...will have to give these a try sometime!

Cupcakes are my weakness & this will definitely be my next baking project! Yum!

How fun! I'm sure they tast fabulous!

yum! These look great! I found your blog through a link party and LOVE it! I am your newest follower and would love it if you would check out my blog and follow me too! Thanks!
-Nikki
http://chef-n-training.blogspot.com/

So yummy! Now I want to go camping! Thanks for the tasty tutorial! I am now a follower! Check out my blog at www.belvajune.com and follow me too!

These look sooooo good. I love s'mores and I love cupcakes, so I know I would love these.

Oh my gosh! These look amazing! We found your blog through a link party and LOVE it! We are your newest followers and would love for you to follow our blog!

These look wonderful, thanks for sharing.

Those look delicious. Wish I could try one. :)

P.S. If you're interested, I have a few chocolatey giveaways going on at my blog right now. Here's the link to get to them all:

These look so yummy, I am going to have to try them!!

Following you from Sugar Bee Crafts. Very creative & yummy, too! :) Would love to have you link it up to my {wow me} wednesday link party going on right now on my blog. :)

You had me at S'mores. I'd love you to come link up with my recipe contest/linky!

Mmmmmmm! these looks so yummy . I can't wait to try this recipe. Thanks for sharing.
http://linda-ourhouseonthecorner.blogspot.com/

I think these look tastier than real smore's! I pinned them to make sure I remember to make them!
Would love to have you link them to my summer long party!

These look and sound SO delicious! Please share with our readers by linking up at Muffin and Cupcake Monday. Thanks!

My group is going to just love this awesome cupcake. I just love this recipe! Thank you so much for sharing with Full Plate Thursday, have a great week end and come back soon!
Miz Helen

Oh my goodness! These look decadent and delicious. What is better than smore+cupcakes together!? What a lovely way to enjoy 2 treats in one. I gotta try these soon. Thanks for sharing and have a wonderful weekend.

Just stopping by to let you know I will be featuring YOU on my blog this Thursday in my {take a look at you} post. :) Thank you so much for linking up at my {wow me} wednesday link up party last week. Tomorrow evening this week's party will be up and running. I'd love to have you link up again! Have a great evening.

Thanks so much for linking this fabulous recipe up at Muffin (and Cupcake) Monday! Have a great week!